The ride-hailing companies are trying their best to increase their user base and with that intention are launching new services for their customers. Uber is now rolling out a new subscription service in India known as “UberPASS.” The service initially will be launched only in 4 cities, namely, Delhi, Kolkata, Mumbai, and Chennai. It is quite similar to the Ola Share pass offer provided by the rival ride-sharing firm Ola. The new UberPASS provides the users with access to discounted fares, waiver on cancellation charges, highly rated drivers, and other features. The cost of subscription to UberPASS will differ from city to city; however, it is yet not revealed by the company. And also it is not known whether the support for UberPASS will be launched through an app update or not.

With this new launch, the user will have to pay much less than the regular UberX and UberGo riders. The company has not yet disclosed the entire list of benefits to be provided and even the exact costing of UberPASS. The company says if it gets a whole-hearted reaction to the new UberPASS feature, it will be launched in other cities too.

Declaring the trial, Uber India’s General Manager, West, Shailesh Sawlani, said, “We always keep on thinking about new approaches to improve the experience of our riders with Uber. And, UberPASS is one such enhancement introduced to provide customers, who use our service for their day-to-day travel, a consistent and seamless ride experience. We are enthusiastic to unveil UberPASS as a trial for riders in Mumbai, Delhi, Kolkata, & Chennai and if the riders give us a green signal, we will introduce this in other cities as well.” A while ago, the ride-sharing company also rolled out the feature “Driver Compliments” in India. This feature empowers the riders to encourage and acknowledge good behavior on part of their drivers. Apart from this, Uber-specific Snapchat filters were also introduced, which enables riders to share snaps in a fun way with their contacts only during their ride. These Uber-specific Snapchat filters were launched in almost 29 cities that have Uber facility within India. 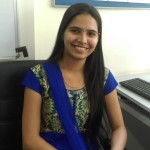