News
World
4,200-year-old Tomb discovered in Egypt behind the Wall 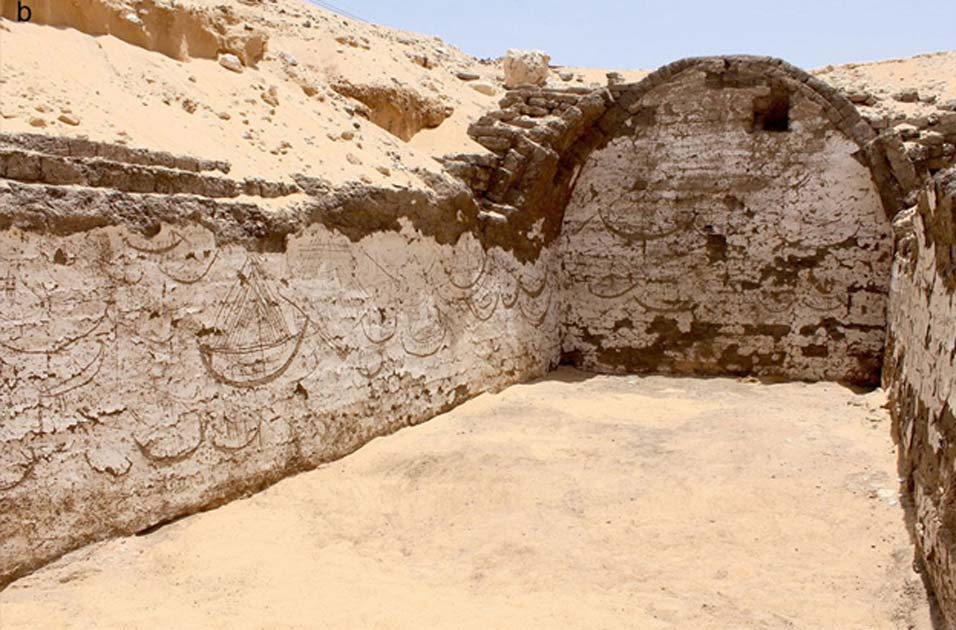 Just after the discovery of prehistoric coins in Jerusalem’s, there is one more added to the list of findings that will shock you from the core. The archaeologists have been working curiously to find what’s beneath, left by our ancestors. Though, it’s not every time a success but this time it does.

The group of archaeologists from the University of Birmingham found a mysterious 4,200-year-old tomb behind a wall in Qubbet el-Hawa in Aswan, Egypt.

The researchers claim that the findings could be possibly a pharaoh inside the tomb. The height of the ancient wall is 7 feet and it is exactly found beneath visitors’ path at the northern part of Aswan cemetery.

“The discovery is significantly changing our perceptive of the funerary outlook in this area of Old Kingdom and First middle age in 2278–2184 BC,” said Carl Graves, a Ph.D. student who worked on the project.

The director of the pottery project, Eman Khalifa, stated that date was engraved on the stone by using pottery shred, which was internal fixed.

The finding thus indicates the architectural reference similar to recognized tombs from the upper terrace of Harkhuf and Heqaib—the governors of the elephantine Island.

“The discovery is ‘stunning’ but now it’s only a material of era till the tombs are revealed”, said Nasr Salama, general director of Aswan and Nubia Antiquities.

They further stated that the compressed pieces exactly match to the style of Sixth Dynasty, from 2278–2184 BCE from the supremacy of King Pepi II.

However, the excavations work of the tomb will be initiated by April 2017.

History has always been a proof of whatever existed from the start of the universe until now. It is our duty to protect the remainings of such things. Let’s hope we find more and more such remainings to preserve them.