World
A retired Denver zoo volunteer gives back to society

Samuel “Bud” Gawn served in the US army of his country as a young man until his retirement. For more than 20 years he has volunteered at the Denver zoo. “I have been a member here for about 30 years,” said Gawn.

With over 70 hours of input time, he’s done a lot of things to help. “I have done a lot of touring of school children over my time and that’s my favorite activity,” said Gawn. 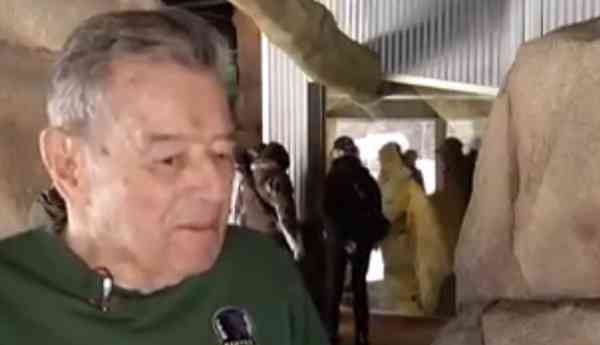 He assisted in the development of a program for veterans returning home from Iraq and Afghanistan during World War II. “Some of the veterans struggled to reconnect with their families so he helped us create a program where veterans can bring their families for a zoo tour. The veterans are free and it’s a very reduced price for the family,” said Brad Parks, Director of Guest Engagement, the Denver Zoo.

PAWS was a program being used by Bud when it came to giving his time at the zoo.

“PAWS stands for Partners Advancing With Support. It is an adult volunteer program to include people with disabilities,” said Parks.

During summer a total of 100 teen volunteers were recorded as against over 600 adult volunteers who wished to work at the Denver Zoo.

Everybody in there has ways of giving their time and as typical of Gawn, his was to cease any opportunity to educate other people. “I was a terrible student. Maybe I am making up for it,” Gawn laughs.