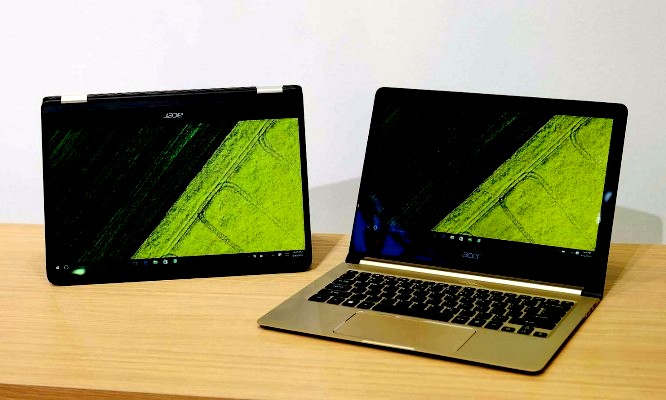 After the launch of Swift 7—thinnest laptop in the world—in India, Acer has now introduced the country with Spin 7. With a price tag of Rs 109,000, the device will be present across all retail stores in India.

Back in August, the laptop was already introduced in IFA 2016.

The new Spin 7 has 14-inch Ultra HD display with IPS touchscreen along with Corning Gorilla Glass safety. Thanks to the company’s Color Intelligence software that amends saturation and gamma in real time. This won’t affect the amount of power consumed.

The device is charged by Intel 7th-gen Kaby Lake SoC processor and has Windows 10 OS. It also features 256GB of SSD coupled with 8GB of RAM. Along with a large glass touchpad, the device also sports two USB 3.1 Type-C ports.

The company claims the laptop to be slim along with being fashionable. The device has a metal black polish finish with silver lining. The touchpad is surrounded by diamond-cut edges. The device is said to have a battery backup that will last till 8 hours. The Spin 7 weighs around 1.2kg and features a 360-degree of hinge rotation.

Acer has already launched the slimmest laptop and with the roll out of Spin 7, the company claims that the device is the thinnest spin able laptop. The company is pretty sure about the success of this laptop in India. Even though the price tag has a whooping amount associated with it, users will see it worth buying after such phenomenal design and specs.