Technology
Android phones and tablets get infected by the adware virus

Hidden codes were found in more of the popular apps on the official Google Play store. Android users are therefore being cautioned to be extra careful of apps they download unto their phones and tablets.

One of the apps as indicated by a security firm Avast was a free version of the card game Durak. This according to Google Play store’s counter had a download count of up to ten million. The access to this game has been blocked and can no longer be accessed by users. 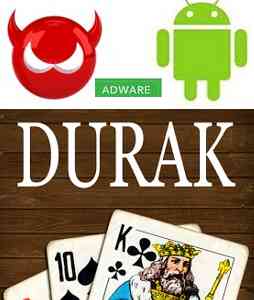 The original apps were said to prevent showing any pop-up until about seven or more days later after installation. This as suggested by the analyst was only being used to prevent users from knowing they’re responsible for spreading this adware.

“Most people won’t be able to find the source of the problem and will face fake ads each time they unlock their device,” he wrote.

“I believe that most people will trust that there is a problem that can be solved with one of the app’s advertised ‘solutions’ and will follow the recommended steps, which may lead to an investment into unwanted apps from untrusted sources.”

Other apps on Google play also suspected or alleged to be involved in the spread of the malware include:

Although Avast is using the publicity it has generated to promote its own security software, Dr Murdoch noted that it is likely to also fail to identify all new types of malware.

A number of warnings had been posted on Google play since November 2013 by individuals who had downloaded the Durak card game. They indicated their suspicion of the game trying to force pop-up ads to appear.