In June, Apple began with the release of the first bonds that are denominated in yen. This is another in a series of moves that Apple has lately taken to take advantage of falling interest rates in some markets outside the United States. The US technology giant will issue approximately 200 billion yen ($ 1.6 billion) of bonds denominated in yen and these funds are used to increase the number of shareholders or possibly to expand business in Japan.

The quantity and price have not yet been fixed and will depend on investor demand. Yields on Japanese government bonds are one of the lowest in the world, because the Bank of Japan keeps benchmark interest rates at very low levels with a massive program of monetary stimulating. Many of the participants in the bond market expects that this move of Apple to attract great interest if it offered an attractive yield.

Apple has recently been declared the most valuable brand in the world, worth a fantastic $ 247 billion. Once a year, the advertising agency declared 100 worth of brands. This year’s report, which was published on Wednesday 20 May showed that Apple is still far in the first place. Despite the popularity of Apple Watch, the main driver of growth in brand value is iPhone 6. 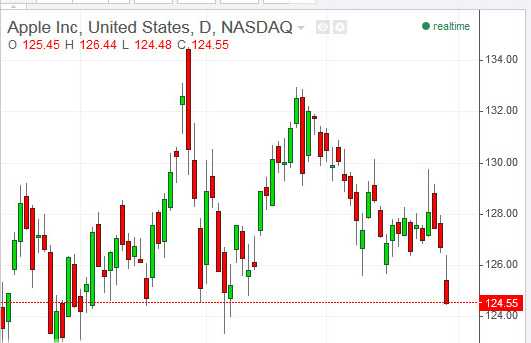 Apple stocks could buy at $ 123 per share. It represents double bottom and 13 week low.