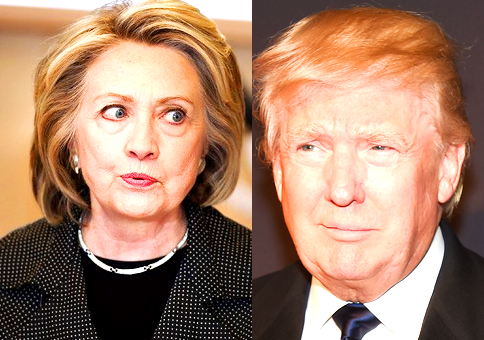 Washington: US Republican presidential candidate Donald Trump said was fighting back in polls and set to spend millions on TV advertisements as as the US presidential election informally start again in force on Monday.

The Telegraph reported, the Labour Day holiday indicates to be strong day to campaigning as with a little over two months left until the 8 November.

Surveys showed a major reduction of the gap between Trump and his Democratic rival Hillary Clinton.

On Sunday morning Consult poll released indicated Clinton has raise by 2 points as lead that had been seven in the same poll three weeks ago.

Ipsos tracking poll of likely voter for 50 seats had race for a statistical tie, registering an eight point swing against Clinton in the last week.

Recent voting shows for trump supported jumped 6 point over past two weeks, giving him 78 percent backing in his own party.

That was close to the 85 percent Mitt Romney enjoyed as the Republican nominee in 2012.

The Telegraph added, an average of recent poll indicates that Clinton is leading with 3.9 points, which is less than half what it was a month ago.

The boost she received after the Democratic Convention at the end of July has moved out.

Clinton had faced a recovery of disapproval over over her use of a private email server while she was US Secretary of State, and the relationship between the Clinton Foundation and some of its donors.

However, she holds lead in key battleground states including Ohio, Pennsylvania and North Carolina.

So far, Clinton has outspent the billionaire by nine to one on advertising.