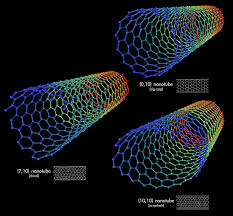 Carbon based nanomaterial that possesses superior thermal, electrical and mechanical properties in 3D, which is designed by an international team of scientist.

Super capacitors created by using uninterrupted fibers of carbon nanotubes and graphene matched, it record high capacities for devices. Counter electrode used in a dye-sensitized solar cell. Cell can be convert power up to 6.8% efficiency and more. The performance of identical cell boost up by material, so use of expensive platinum wire counter electrode can avoid.

Liming Dai, Kent Hale Smith (Professor of macromolecular science and engineering at Case Western Reserve University.) said that two step processes our lab and others designed earlier lack a seamless interface and, because of that, lack the conductance sought.

In one step process, the Interface in between carbon to carbon compound, so it seems like one single graphene sheet. So that it provide high thermal and electrical conductor in all plane. Customized properties are present. With the one step method, the fabric is created very long, or into a tube with a wider or narrower diameter. The material can be used for charge storage in capacitors and batteries.