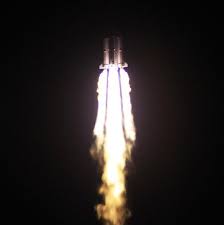 The Tiantong-01 satellite will establish a mobile network serving China, the Middle East, Africa and other areas, the state run Xinhua news agency reported. It was sent into space after midnight local time in Beijing on Sunday.

The ground service will be operated by China Telecom, which is owned by the Chinese state. The country is also preparing for the next round of its manned space mission.

On Saturday two rockets arrived at a launch centre in northwest China. They will carry a second module of the country’s planned space station – replacing Tiangong 1 which has ended its service and a staffed spacecraft called Shenzou-11.
China sent its first astronaut into space in 2003, and since then has taken huge advancements.

The head designer of China’s lunar missions told the BBC earlier this year that China plans to settle on the Moon and explore Mars. The country’s space program is led by the military.