You may want to re-think allowing your child to play with your smartphone or tablet as it may negatively impact how process self-regulations, says researchers.

Boston University School of medicine wrote a commentary on Pediatrics and studied the different types of media gadgets and said that they definitely will raise “important questions regarding their use as educational tools.”

Researchers believe that most people do understand the negative impact that video and TV can have on a child but society needs to direct its focus on their toddler’s use of smartphones and tablets saying that it could be harmful to “their social-emotional development.” 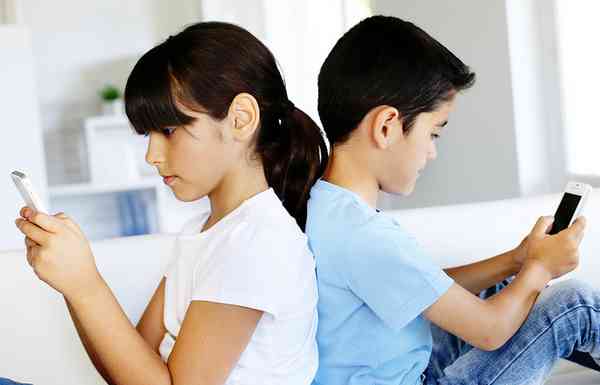 One scientist asked: “If these devices become the predominant method to calm and distract young children, will they be able to develop their own internal mechanisms of self-regulation?”

If a child under the age of three is using a tablet, their interaction with the screen could negatively affect their development of skills that will someday be needed for science and math. However, these same tablets have also been studied to show that they improve cognitive and literacy skills especially for children with Autism and ADHD.

The researchers have noted that there is relevant evidence available that children under 3 will not appropriately learn from video and TV, there is no sufficient means for extensive investigation.

If children are watching shows like Sesame Street or Word World is this having the same impact on our young children as playing an alphabet game on Mommy’s iPad?

Reading comprehension apps are better used for children who are closer to school age, not children under the age of 3.

Many scientists are saying that it is best to test out the applications before you allow your children to play with them.

“At this time there are more questions than answers when it comes to mobile media.” Ms. Radesky, a clinical instructor in behavior pediatrics at Boston University School of Medicine states.