Out of home we miss our motherland, we miss our dear ones, and we miss our culture, our language. What brings all this back to us are fabulous events like Garja Maharashtra Maza – 2016.

Maharashtrian families residing in the UK are increasing and look forward to these events. The wait is almost coming to an end with the date closing in on the 22nd of May 2016.

As a part of a film producing and event management company co founded by   Dr Mahesh Patwardhan. This event has been taking place every year since 2010 – 2012. 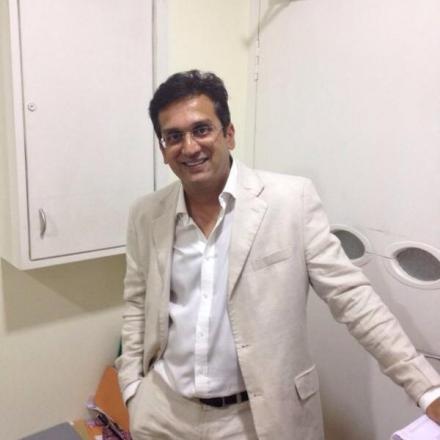 2010 – First show was held at JFS School London which was attended by a huge crowd of around 1000 people. Sachin Khedekar, Avadhoot Gupte , Saleel Kulkarni and more attended this occasion.

2012 – By this year Garja Maharashtra Maza became a highly awaited show and saw a turnaround of almost 2000 people and at the O2 Indigo in London. The highlights of this show was a two act play entitled “All the Best” , an interview leading music directors Ajay – Atul  conducted by Mahesh Manjrekar. This show was organised to raise funds for Anuj Bidve family who was murdered in a freak racial Attack. The show gathered 20000 pounds out of which 10000 pounds were given to Bidves family and the rest to Maharashtra Mandal for troubled Indian students.

Dr Mahesh Patwardhan is actively involved in each of these shows and has a very interesting itinerary planned for this year’s event of the Garja Maharashtra Maza 2016.

The event is a 6 hours journey of dance, interviews, two act plays and lots more. Eminent personalities like Mahesh Manjrekar and team will perform the two act play “Vyakti & Valli”. 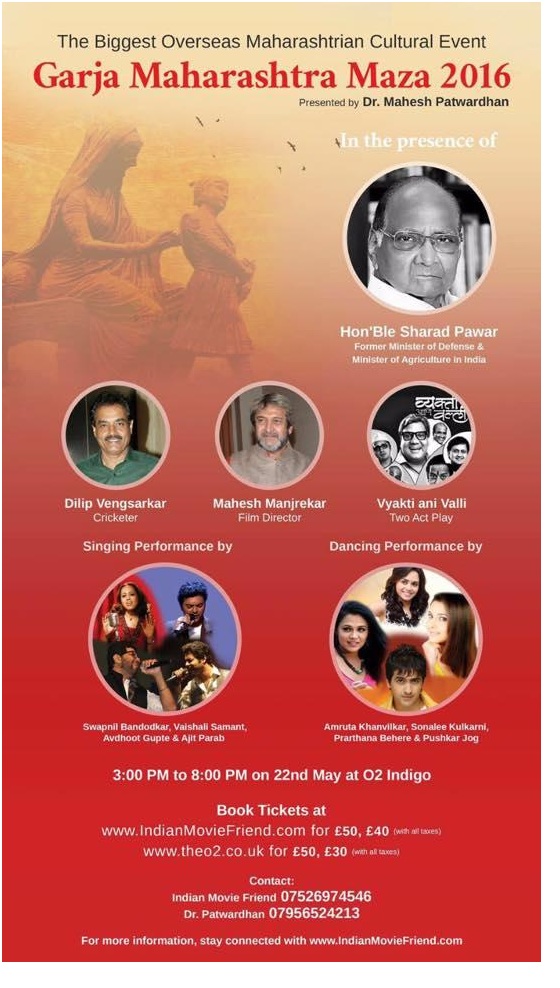 What’s also one of the biggest highlights of the show is the interview of Honourable Sharad Pawar by Avadhoot Gupte. Another round of interview of Mr Dilip Vengsarkar a famous Cricket personality by Dr Patwardhan himself.

Root back to your home, your country with the biggest Marathi show amazingly anchored by Sujata Joshi and Anupama Shrotri on the 22nd May 2016 – Garja Maharashtra Maza.