This is a glamorous festival of music and performing arts usually celebrated during the last weekend of June of every year. Before its name Glastonbury music and festival it was originally known as Pilton pop, Blues and Folks festival. Its original name was later changed to Glastonbury fair, Glastonbury CND festival. This festive and classical season spans a period of 5 days of pure joyous celebration near Pilton, Somerset in England. 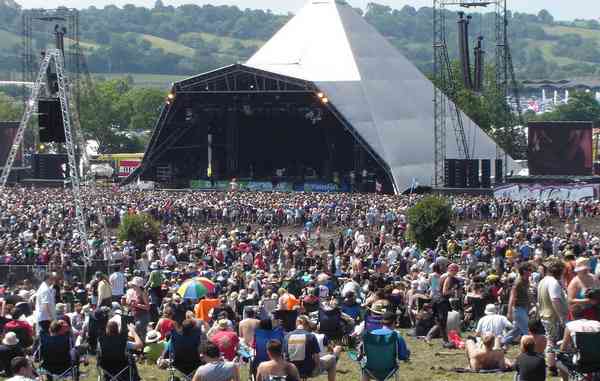 Pilton, Somerset is a civil parish village in the district of Mendip. Glastonbury where all the big events take place is a small town in Somerset, England. It is 2km across the Brue River from street village. Climatic conditions at Glastonbury are more than often temperate. The major road in the town for vehicles to ply is the A39. The road makes its passage through Glastonbury connecting with the street village and the M5 motorway from wells.

When is Glastonbury Music Festival 2015?

This year’s music and performing arts takes off in grand style from 24th -28th June in worthy farm, Pilton. It is probably the world’s best, biggest and famous festivals in the UK. In addition to treating visitors and indigenous folks, it offers other events or displays which includes dancing, theatre, comedy, cabaret and many more arts, reggae, electric, rock and many more genre music are heard being played at the festival.

The accommodations at Glastonbury music festival are categorized into tipis, motorhomes, and caravans. Tipis are used as accommodation for celebrants who wish to have an extensive period of stay, they’re however very limited in quantity. When it comes to motor homes people bring their own motor homes. Those that are rented out have luxurious bed and other fine work of arts.