The internet giant launched the newly added free feature to its search engine. Last week it announced on Google Plus that the mortgage calculator only performs basic functions. These functions as was clearly communicated did not include deposits or insurance payments.

“Preparing for homeownership just got a bit easier,” Google shared on its Google Plus page. 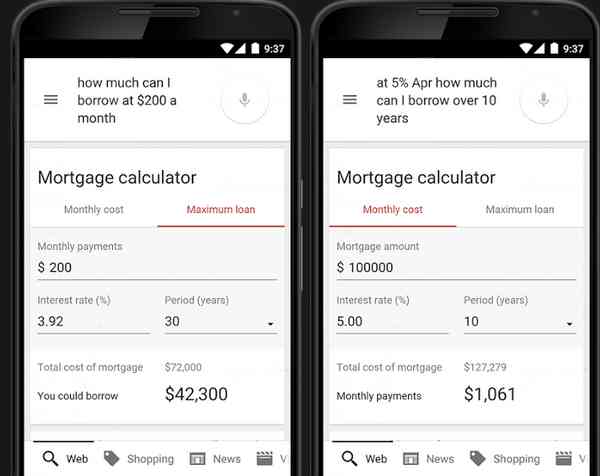 Just when these tech giants are seen as a potential threat to traditional banks due to its loyal customers, strong brands and extensive distribution networks, they make another big turn-around to launch a classic feature just for the pure satisfaction of its loyal customers.

In a 2013 Australian Mortgage Industry report, it was stated by JP Morgan that brand value as compared to enterprise value across banks is extremely low.

“The high level of brand value in technology companies is matched by high levels of willingness to engage these firms in banking activities,” the report stated.

The report found Google and Microsoft scored high compared to ANZ, NAB and the Westpac group for digital migrants, while CBA is the highest-rated major bank across each digital segment.

Scott Manning, Executive Director of JP Morgan informed Mortgage Business that there’s no need for new entrants to acquire a building and call it a bank before competing with other banks.

“They will find a part of the market that has an attractive return and simply target that, and leave the bank to settle it all when all’s said and done,” Mr. Manning said.

Mr. Manning again indicated that banks gain a high margin thus making more money from the product they distribute other than what they manufacture.

“Our argument is that on the technology side, it allows other people to start to penetrate the profitability of particular segments and to effectively erode the distribution margin, just leaving banks with the actual manufacturing process,” he said.