News
Here’s where software engineers get paid the most now 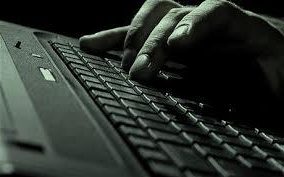 Seattle, a home to Amazon and Microsoft is closing in on San Francisco when it comes to salaries for software engineers, a new report from job marketplace Hired found.

The average software engineer salary offer in the Emerald City was $128,268 in the second quarter of this year, up 3 % over the prior quarter. The Bay Area offered the most competitive salaries, averaging $135,853, a 1 % dip from the prior quarter. But when adjusted for cost of living, Seattle engineers are likely better off, said Hired CEO Mehul Patel.

“There’s a ton of really strong technical talent in Seattle, and we’re thrilled to have an urban campus right in the heart of the city,” an Amazon spokesperson said.

With more than 25,000 employees, Amazon is one of the biggest private employers in Seattle. 15% of them live in the same ZIP code as their office. In 2014, Amazon jobs and those tied to the company’s presence contributed more than $400 million in tax revenue to Washington state. Amazon estimates that the total earnings of all those employees was $5 billion.

Seattle’s tech giants specialize in areas that require the most in-demand engineers like data analytics and cloud computing driving salaries higher. Microsoft has more than 44,000 employees in the Puget Sound region, the company says.

Apple is also planting its flag in Seattle in order to build its expertise in machine learning and artificial intelligence. Apple recently agreed to acquire Seattle-based start-up Turi, and the team will remain in the city once the deal is closed, sources close to the deal told CNBC.