World
Homicide raised in the Mexico leaves more than 20 dead 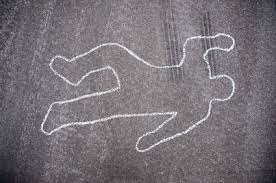 MEXICO CITY: Authorities said 20 people were killed in the Mexican City; people were distress by the drug violence over the weekend, 11 found dead in a single day in Acapulco.

On Sunday, victims I Acapulco were found in five different locations in the Pacific resort city, in the middle of an increase in homicides across the country this year.

Three people were killed by the gunman at bar, two men and one women found dead near a graveyard with feet and hands tied sign of torture; and three bodies were unearth from a clandestine grave on the outskirts of the city.

Two other people were shot dead in separate incidents in Acapulco, Acapulco is among the most violent cities in the world outside war zones where 111 homicide per 100,000 resident in 2015.

Acapulco is comes in the state of Guerrero, on Saturday seven people from the same family, including two children, were found shot dead in two homes in the town of Tepecoacuilco de Trujano.

However a soldier and four suspected drug gang members died in two clashes on Sunday in Nuevo Laredo, Mexico and other six soldiers were wounded, city is nearby the United States in the northeastern state of Tamaulipas.

The Tamaulipas security task force said in a statement, soldiers came under attack after they responded to reports of gunfights between opponent gangs in two parts of the city.

Authorities said, in the eastern state of Veracruz another four suspected criminals dies on Sunday on two sided fire with police.

On Saturday, the burned bodies of 10 people were found in a charred pickup truck in the western state in Michoacan.

Authorities firstly believed that the victims died in an explosion while stealing fuel, but Governor Silvano Aureoles said, without giving many details that a mayor and three police officers are under investigation in connection with the deaths.

In 2015, homicide rose in Mexico, for three years the extent was low but again it on the way up this year.

According to official, between January and June more than 9,400 people were killed, compared to 8,156 during the same period last year.