Electric cars are one of the trending and common technologies which every automaker is trying to acquire technology dominance. The foundation of the electric technology is already developed and it is successfully applied and tested on roads. Hyundai being one of the major contributors in the global automobile market wasn’t that interested in the electric evolution but now Hyundai has is developing its first ever electric vehicle. The company is building a dedicated platform to construct its architecture for E-vehicles. 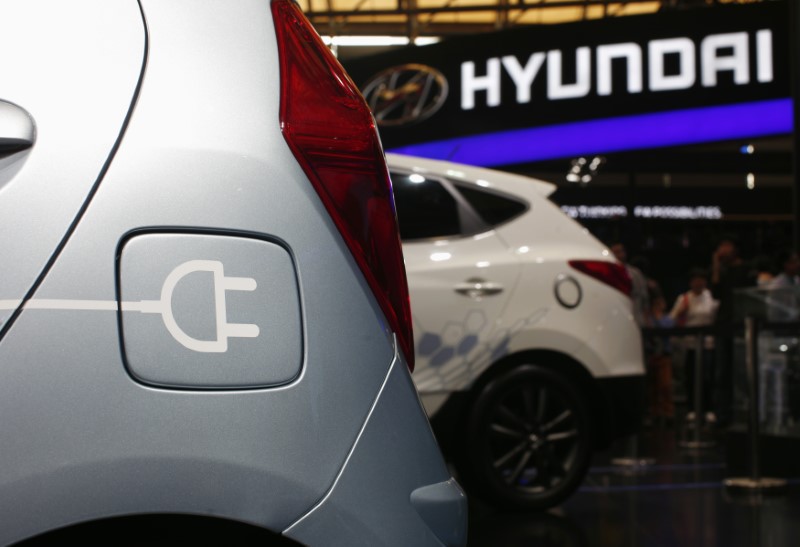 The company is pushing it hard to bring some great results to serve its electric segment with multiple model offerings and long driving ranges. Though the platform won’t be accomplished very soon but still company plans to introduce a mini electric based sport utility vehicle that will be built on recently developed platform.

The car that will be built under the compact or sub-segment will have driving range of more than 300 km per charge and is expected to be more competitive for the products that rivals have in their catalog. The overall release of the future plans were disclosed at an auto show held in Seol on Thursday.

Hyundai that has been dominating the global fuel cell vehicles since long duration but in terms of electric market it has a huge competition from the Tesla.

The visualized electric car platform will permit the automaker to put in a battery pack in the vehicle floor to put up more battery capacity and to maximize the cabin space and interior.

The overall project will need a high amount of investment and the decision has been taken by the company to get well prepared for the future.

The launch of the electric SUV vehicle will be done just after the introduction of Kia Motors looking at the future based demand for SUVs. Hyundai sales fell short post launch of its only hybrid sedan car IONIQ while the Niro–hybrid SUV from the Kia’s succeeded in it targets last year. Company also claimed that Kia Motors would also participate in the electric race as the company was also working on its fuel cell vehicle.