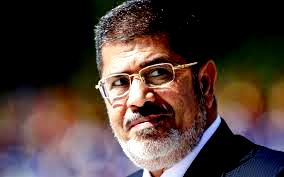 Cairo: On Tuesday, an Egyptian court have cancelled the life sentences of Mohamed Morsi, former president and Mohamed Badie, Muslim Brotherhood chief along with 15 other leaders of the banned group in an espionage case and ordered a retrial.

16 other Brotherhood members that include top leaders Khyrat el-Sharer and Mohamed el-Beltagy Ahmed Abdel Aty their death sentences also cancelled by the court. To 13 out of 16 were sentenced in their absence. The defendants were charged against crime like support terrorism, divulging national security and spying.

The decision followed by 20-year prison sentence confirmed to Morsi by an Egyptian criminal court for seditious hostility during demonstrations in 2012. This is a first ever judgment against former president.

Eight others accused in a court of law were sentenced to prison up to 20 years and their appeal also rejected.

The former president states that he not identifies the trials he faces.

Recently Morsi is in custody including other cases for evasion from prison during the 25 January Revolution in 2011, abusive the judiciary and other documents of national security importance to Qatari intelligence through the Qatar-based Al-Jazeera news channel.

After the first democratic elections in the country, Morsi, became Egypt’s president in June 2012, was expel in a military coup after a year in power next mass protests against his rule.