World
Is the Fight Still on between Mayweather and Pacquiao?

The boxers Manny Pacquiao and Floyd Mayweather were eye-to-eye on Tuesday but not in a boxing ring Las Vegas, but in Miami on a basketball court.

These two fighters are currently have a mega-fight in the works that is supposed to be in Las Vegas later in the year, but these are simply negotiations. ESPN believes that this fight would “shatter every revenue in boxing history.” The two finally met face to face during a Milwaukee Bucks vs Miami Heat match-up.

All they did was spoke with each other momentarily and gave each other their phone numbers, shaking hands cordially. 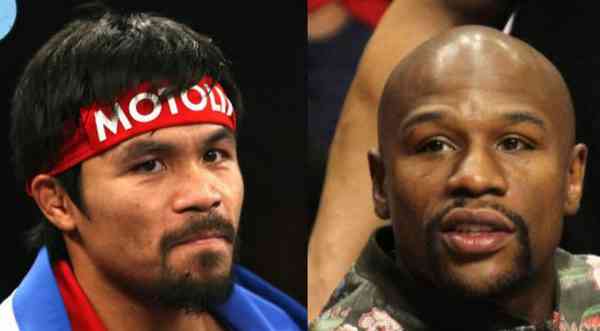 These two boxers had never been photographed together and according to Pacquiao, they had never spoken to each other man to man. His adviser assures the press that this was an unplanned meeting and it simply occurred because Pacquiao was unable to travel to New York due to weather issues. Nonetheless, social media ate this up with the proverbial spoon.

These are two boxers that are considered to be the best welterweight boxers in the entire world. A fight between the two men has been in the works since 2009 but they were never able to reach a deal and continued to play the blame game. Rumor has it that this epic fight will finally take place in May of 2015.

According to sources at ESPN, “This round of talks, according to those involved, is the closest the sides have been since the initial negotiations in late 2009 and early 2010 broke down because of the disagreement over how to carry out the drug testing for the bout.”