Passengers with an iPhone 6, iPhone 6 Plus or an Apple watch will soon be able to pay for food and beverages on JetBlue flights using Apple Pay.

JetBlue recently announced that it will accept Apple Pay on select flights from New York to Los Angeles and San Francisco from mid-February. Following, it will enable Apple Pay on all flights by June this year. 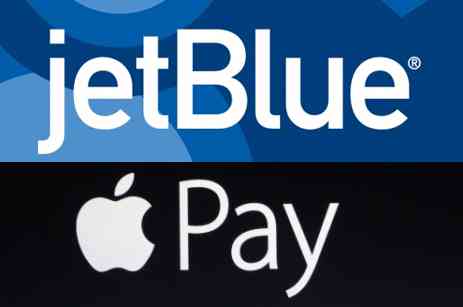 Airline stewards and stewardesses will be issued with iPad Minis and NFC-enabled cases to facilitate payments by Apple Pay. They will also be able to use the devices to process credit card payments. Using a customized iOS app, stewards and stewardesses will also be able to access customer data and identify TrueBlue and Mosaic loyalty members by name.

The airline also provides its pilots with iPads to access real-time weather and updated safety and flight documents.

It seems that Apple Pay has already moved ahead of the competition. Apple’s dominance in the smartphone market has played a role in Apple Pay being able to gain consumer confidence.

Copper Mobile spokesperson Andrew Stern stated in an interview with the E-Commerce Times, “[that the] instant Apple bets big on a new technology or platform, the entire business world takes notice. Its ability to predict where the market will be in the future has been stellar.”