LG launched its 2017 range of OLED TVs at 2017 Consumer Electronics Show in Las Vegas. LG has WebOS 3.5 Smart TV platform, unique models, early availability, Dolly Atmos and Technicolor HDR as the edge to bank in the market. LG has developed LG OLED TV in two sizes for the five models in 2017. LG W7, LG E7, LG G7, LG B7 and LG C7 are the range of the advanced model launched. 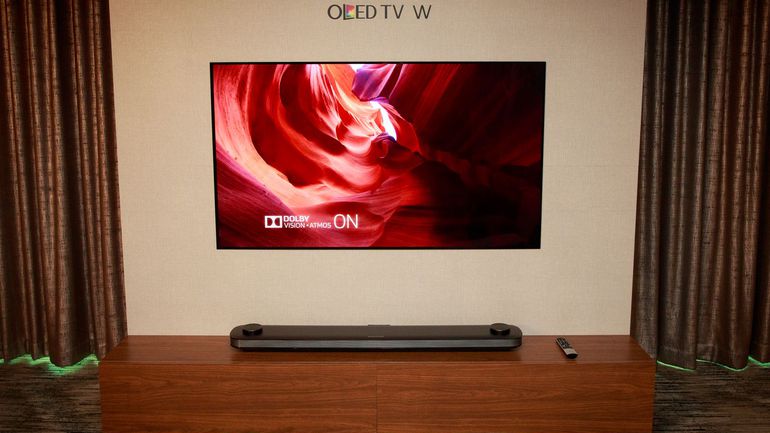 LG has informed that none of its TV has 3D capability. These TVs have HDR formats such as Advanced HDR by Technicolor, Dolby Vision, Hybrid Log-Gamma and HDR10 along with Dolby Atmos immersive audio. LGs 2017 OLEDs will have the same chipsets, software updates, and picture quality whereas its brightness can reach 1000nits on a small screen and when in preset.

The LG W series has a 2.57-mm thin screen, picture on wall design and magnet brackets that help it mount on the wall without any gap. It has speakers that use immersive Dolby Atmos software giving a floating-in-air appearance and clarity. The pops of dual Dolby Vision and Dolby Atmos notification on the right screen corner on detection of other formats is another excellent feature. Here, “Normal” option has been changed to “Auto” where TV automatically tracks Rec.2020 or Rec.709 depending on whether it is SDR or HDR. It has a 2-point option in the menu in addition to the 20-point in the picture menu. Automatic Brightness Limiter won’t work below 150 cd/m2 in SDR and in HDR Game mode the input lag is reduced to 21ms.

Thus, LG is looking forward to launch its smaller W series followed by bigger ones in 2017 as very promising. There won’t be any drastic change in the prices. Sony and Panasonic’s launch of OLED TVS with better display is going to be a strong competition for LG.