Lisa Whaymand after being saved through bone marrow transplant, wished to re-unite with her donor to personally show her appreciation for the kind gesture and the chance to live again. Limited information due to ethics of the oath of secrecy held by medical practitioners made it quiet impossible for her to know who her donor was. The only information she was privy to was the age and sex of her donor until last year when Lisa answered to an advert by career charity Anthony Nolan who was seeking to put survivors in touch with their donors.

“There was no way I could have gone through life without finding him. It was always in the back of my mind. He saved my life.” The single mother of three in 2010 was diagnosed of acute lymphoblastic leukemia after suffering sore knees and chronic fatigue for several months. 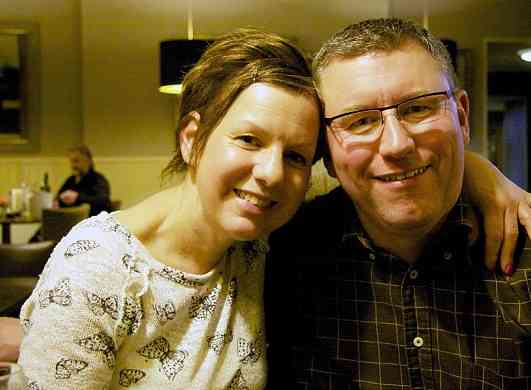 •    Lisa a mother of three had a chance to see a kids grow when a donor donates his bone marrow to save her.
•    Suffered acute lymphoblastic leukemia in 2010.
•    She meets her donor and reunites with him and his family.
•    An implant by a donor saves her life.

Four years on in last summer, they got to know of their donor and travelled all the way from their home in Reading to Aberdeen. Their memorable and long awaited meeting was filmed for a series on BBC ‘The Gift,’ which starts to air on Tuesday, February 10.

Both families now keep regular contact with each other. “We’re in touch all the time. We couldn’t be happier,” said Miss Lisa Whaymand.