This month Canon is set to release its all new DSLR cameras, a pair of prosumer-focused T6 Rebels and its all-new professional series EOS 5DS and EOS 5DS R. They both have the ability to shoot a 50.6 megapixel images and 1080p videos.

5DS & 5DS R
If you’re much conversant with Canon’s 5 D Mark III models you’ll notice some common physical features with the new 5DS. Regardless of this, it still can’t compare with its 50.6-megapixel sensor which offers more flexibility in shooting and in-camera crop modes. 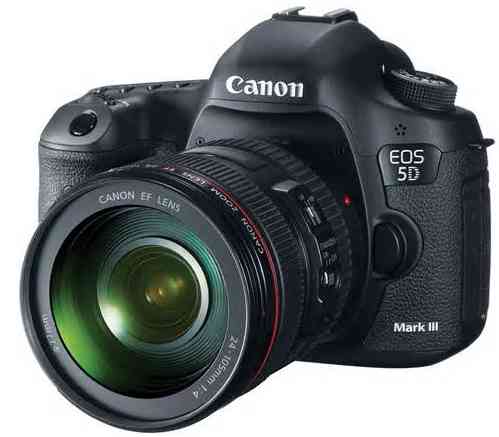 Both models share common features like the Canon’s Dual DIGIC 6 image processor and ISO range of 100-6400 that has the capacity to increase to 50 or 12800. Though with common features, there’s only one feature that makes both models slightly different from each other. The 5DS R model has a low-pass filter which enables photographers achieve the sharpest shooting images possible.

With its high megapixel of 50.6, the 5DS can shoot up to 5 frames per second and has relatively fast 61 point AF system. Another major breakthrough for canon was the integration of the “advanced mirror control mechanism” and the user-selectable shutter release delay function to help prevent camera shake.

It’s only the photo shoot quality which has currently been improved upon but the video function remains as it is. Users can still enjoy a full video shoot of 1080p video at 29.97 fps or 720p at 59.94 fps. The maximum video recording time is 29 minutes and 59 seconds. A mini HDMI out port allows camera to be connected to an external monitor. It has also got a microphone jack for external audio but has no headphone jack.

Both cameras have two card slots with one designed for SD cards and the other for CF cards. They also support USB 3 for fast data transfers.

The new Rebels have similar body features though the T6s has these additional features to its credit:

The Rebel cameras also have in built Wi-Fi and NFC which are not included in the 5DS cameras. A pre-order can be placed with Canon, B&H Photo and Adorama.