Extraordinary meetings of the Eurogroup, which was held yesterday ended without agreement and resolution. On the other hand, speculation about the fact that the Fed could increase interest rates again by year-end increase which reflects positively on the dollar. After yesterday’s failed meeting of the Eurogroup to increase benchmark ten-year Greek government bonds rose 11 basis points to 10.51%. In the last year of population growth increased 510 basis points, while the growth rate for comparison of German ten-year bond rose.

Greece has no money to pay the loan, but it needs a new war international aid of 7.2 billion euros. However, creditors seeking reform of Athens, while the Greek government opposes austerity. The government refused to reduce pensions and salaries. The IMF insisted on further cost savings and does not want to accept a measure to increase budget revenues. If an agreement is reached, it will have to be confirmed by the Greek Parliament. However, Prime Minister Alexis Tsipras is under fire for contempt of campaign promises on termination of austerity measures. During this day there is no significant economic reports both in the euro zone, nor in the US. 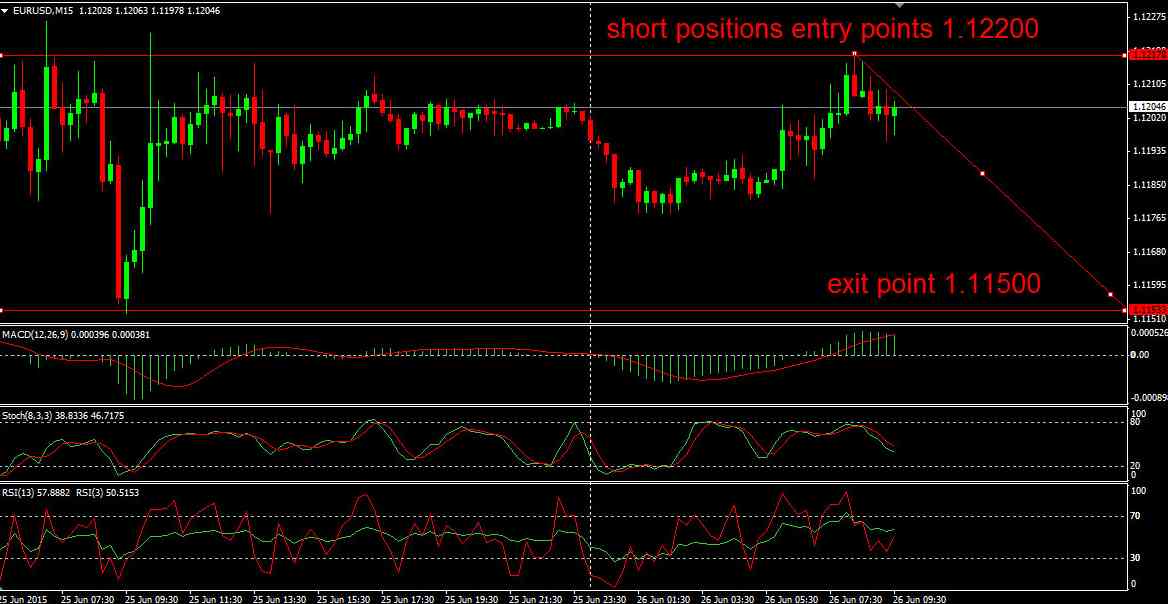 It can see on the picture EUR/USD intraday trading. Entry points would be 1.12200 and exit points 1.11500 where it is expected to confirm the double bottom.

Technical analysis provides entry and exit points .US stocks will be risen. Today is possible bull stocks market in the US.