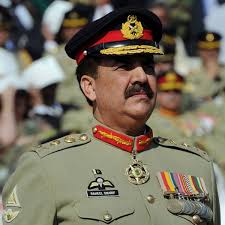 Lahore: Raheel Sharif, Army Chief Gen said on Sunday that India’s strategy to isolate Pakistan globally from all the anterior, but now Pakistan is stands to integrate globally ever before.

Raheel was talking in First International PACES Competition-2016 ceremony in Lahore he said at the end, “Pakistan has moved to integrate with rest of the world and became stronger than ever before.”

India has increased all its efforts to isolate Pakistan globally on all anterior, based on Uri terror attack in Kashmir.

The army chief further said that Zarb-e-Azb Operation against militants has brought “stability and prosperity” to Pakistan.

He said, “Pakistan is getting more firm and affluence with this Zarb-e-Azb operation. With removal of Pak-terror peace and prosperity can set up in the far regions. Defeating to our enemy we are moving to gain progress.”

He said, “Our success against terrorism shows our mental and physical strength and it contributed to purpose during the demanding operations,” he added, “the nature of the soldiers responsible for the positive results of the fight”

He said, “Pakistan is continue trained to soldiers on the capability, bravery and nature to fulfill the trust put by the nation.”

The army chief said the First International PACES Competition has been a “great success”.

“We are expecting to organize more such events in future and greater participation.” He said.