A 4 feet 6 inches 67-year old pensioner Alan Barnes was distastefully assaulted by a coward thief if not a psycho. He was taking his bin out of the house when his attacker approached him to demand for money.

Mr. Barnes suffered sight impairment and a growth deficiency at birth after his mother was reported to have contracted the German measles during pregnancy. His current weight is only six stones which is equal to 84 pounds.

This inhumane incidence occurred outside his home in Gateshead on Sunday night. It shocked his entire neighbourhood making them think who in the world will pull such a stunt on a poor little man who weighs not more than six stones. 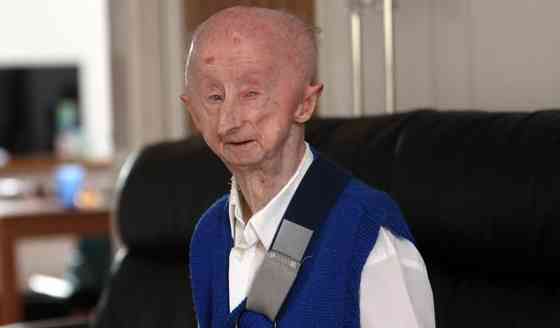 His attacker knocked him off his feet landing him hard on the ground, resulting in breaking one of his collar bones. The thief demanded from him some money and searched his pockets. When he realized there nothing he could get from his victim, he fled the scene leaving him helpless and in so much pain from the broken bone.

Mr Barnes made his way to his next door neighbour who phoned his sister Carol Hill. Carol quickly rushed over to attend to her bother and sought immediate medical care for him. There were a number of X-rays taken at the hospital which revealed the fractured collar bone. Mr. Barnes who is a stanch Christian only stated that: ‘Someone just jumped on me. It happened so fast but I will like him to be caught or he might repeat it.”

“I didn’t see him coming. He must have jumped on me from a back garden. He pushed me down and put his hands in my pockets, then told me to give him my money but I didn’t have any. I screamed for help and then he took off.”

An alarmed Mr. Barnes is too frightened to live in his home for fear of being attacked again. His sister Carol has joined him to help find a new place to lodge while the police hunt down his attacker.

CID Det Con Chris Neil did not hide his expression of disgust and said, “This was a coward way to assault a vulnerable man who wasn’t able to defend himself.” He urged anyone with information about this coward thief to get in touch with them.

Meanwhile a fund has been setup to raise money for Mr. Barnes to help him fully secure his new home.