News
Poll: Hillary Clinton is leading ahead with seven point over Donald Trump 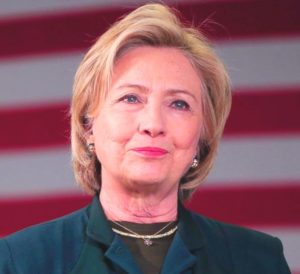 According to new poll who conducted opinion poll by the media outlet seen that the Democratic presidential nominee, Hillary Clinton is leading with seven points over Donald Trump. The media was somewhat friendly with Republican leader.

On Thursday, Fox news reported, “Clinton receives 45% and Trump got 38% in the election poll while Libertarian Gary Johnson with 7% and Green Party candidate Jill Stein gets three per cent,”

In poll rating conducted on the TV channel Clinton was two points ahead over Trump last week in four-way contest (44-42 per cent).

The media said, “Clinton is lading scoring eight that is 49-41 per cent. She was lag behind four points week ago 48-44% on October 3-6.  In two way and four-way contests Clinton is outside of the poll’s margin of sampling error.

Video shown where Trump is seen making offensive remarks about women and Clintons lead over reality TV star has increased. RealClearPolitics which keep the record of the all poll said Clinton is ahead with 6.7% points over Trump on an average

Other poll said, Clinton is leading in some battleground States like North Carolina and Florida and having virtual tie in Ohio.