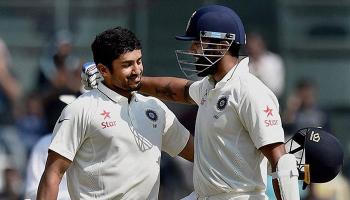 After a terrific not out 300 from Karun Nair, India wrapped up its luggage at 757 yesterday. It expected that the test match will be a draw as both the ends were expecting the same. But this was not the situation until the tea break session.

England, who had not lost a single wicket in the first session, lost 4 wickets by the end of tea break. Things started to turn around along with the ball. Ravindra Jadeja was the man in limelight. Grabbing 3 wickets in the first inning, Jadeja made very clear the thought about his intention. After India’s batting, at the time of England’s second inning, Jadeja was on fire. It was he who made the England batsmen hard to stand on the pitch. It was he who was sending them back to pavilion without wasting time. And it was he who made England to give up the last test by bowling them out at 207.

Giving his career’s best performance, Jadeja did a fantastic job and scored 7 wickets by giving only 48 runs. Even though the initial players of the series like R Ashwin, V Kohli and C Pujara did not shine in this match, it was Karun Nair and Ravindra Jadeja that pulled out the rope to get the victory in the pocket for India.

Well, it was phenomenal watching the balling and batting skills of India at a peak level. Kudos to team India! May the team keep up their performance in the upcoming matches!