January 26, 2017 is the 68th Republic day celebration we Indians are going to see. The parade tableau is something you don’t want to miss this year. The ancient Indian states traditions and modern warfare techniques followed by the flag hoisting is going to enthrall the crowd this year too. The President of India Pranab Mukherjee is going to hoist the flag this year at 9 am on January 26, 2017. The 17 states including 6 Central government ministries are going to perform in the parade held in Rajpath. 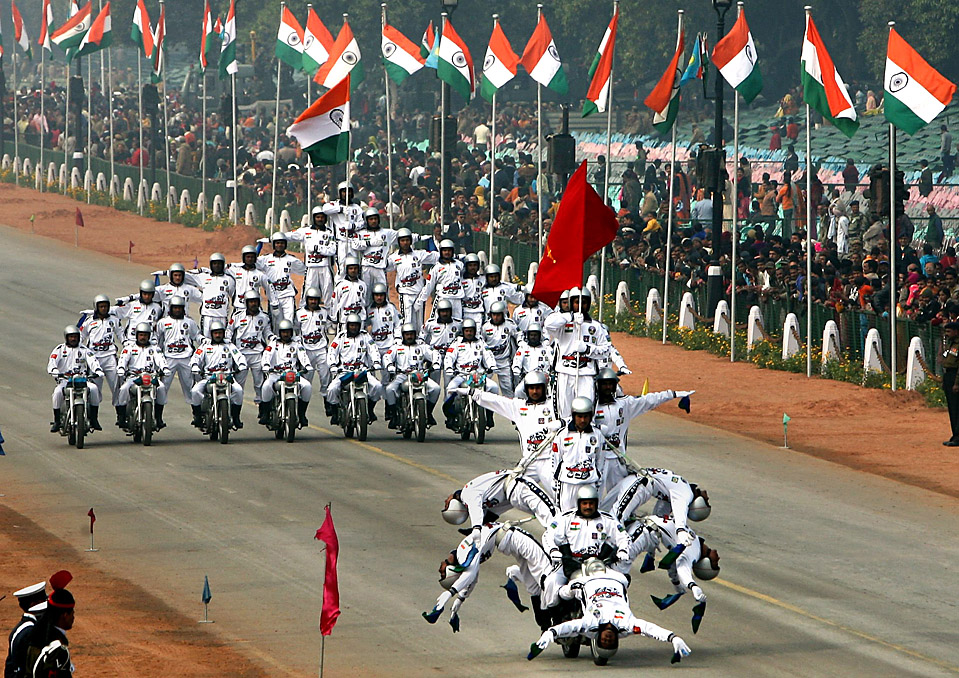 The focus of this parade is going to be the people or event that has helped in socio-cultural development of the nation. The 6 ministries include Ministry of Small and Medium Enterprises, Central Board of Excise and Customs, Council of Scientific and Industrial Research, Ministry of Housing and Urban Poverty Alleviation, Central Public Works Department, and Ministry of Skill Development. Below is the list of 17 states participating in the parade.

Assam: The “Kamakhya temple” will be portrayed for its relevance in the socio-cultural context. The temple has no idols but a natural crack that depicts female genital that bleeds signifying menstruation during the Ambubasi period. The people go there to worship Shakti—a female counterpart of Lord Shiva.

Delhi: In the parade, Delhi is going to showcase the educational advancement and development of Model schools, that is, the transformation of Indian school education. It is going to be a comeback for Delhi after 3 Years.

Goa: The main focus is going to be musical heritage of Goa along with various dance forms. The program is going to be carried out on state with a peacock figure in front and lady figure playing ghumat on it.

Gujarat: The Kutch art and lifestyle will be focused in this parade. The women will be displaying 16 different embroidery practices of the state in front whereas the rear will show Dabda, Kutchi camel embroidered fabric and cobbler embroidery art among the others. Indian Flag

Jammu & Kashmir: The tableau will focus on the Gulmargs evolving traditional winter sports a destination region.

Karnataka: “Goravas”, a ritualistic dance by Shiva’s worshippers, is the folk dance of Karnataka and will be performed by people wearing a bear hair-made cap at the tune of drums and flute followed by the sword warriors’ dance and lastly ends with Somas dancers attired in attractive mask.

Lakshadweep: The island will portray its rich ecosystem, diving spots, and marine wealth in order to attract tourist and advertise its natural beauty.

Maharashtra: The parade is going to pay tribute in order to mark the 160th birth anniversary of Lokmanya Balgangadhar Tilak.

Manipur: The theater show “Lai Haraoba” of the Meiteis will portray the attractive and rich traditional culture with the help of local gods, priestess, and devotees dance.

Odisha: Odisha will depict “teh Bhakti” cultural tradition of “Dola jatra”. It will emphasize on the Radha–Krishna reunion with a procession of people smeared with Abira, a purple colored powder, and loads of music.

Punjab: The tableau of Punjab is going to depict ‘Jago’, a festival of dance full of energy and celebrations. It is celebrated a night before a Punjabi wedding with ladies dancing to the Jago songs.

Tamil Nadu: The dance “Karakattam” is performed to tunes of drums by the dancers using a brass pot with a parrot on the top of the head. This famous dance is celebrated at the Amman Temple festivals.

Tripura: Tripura will focus on “Hojagiri”, a Reang tribal dance that women perform in 4–6 groups balancing earthern pots or lamps and moving their lower body for mesmerizing the public.

West Bengal: The art and craft along with the Sharod Utsav or Durga puja festival will bring the festive mood alive for the crowd.

So people, enjoy the colorful parade this Republic Day…