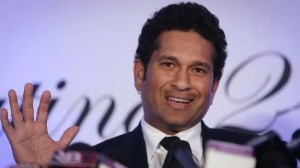 Novo Nordisk, world’s leading diabetes care company announced cricketing legend Sachin Tendulkar as the brand ambassador for ‘changing diabetes’, its programmed in India to fight against the lifestyle disease. The company officials announced Sachin as the ambassador at an event. The announcement supports Novo Nordisk’s efforts focused on creating awareness about diabetes and its related complications.

At the event, Sachin said diabetes is a growing concern not just in India but the world over, and stressed the need for creating public awareness. According to the survey, 69.2 million people have diabetes in India and this number will go up to 123.5 million by 2035.

Novo Nordisk India Pvt. Ltd vice president and general manager Melvin D’Souza said, “With India having the world’s largest population of people with diabetes, at Novo Nordisk, our efforts have been focused on raising awareness about diabetes and its impact on the lives of people affected by it, their families, society and eventually the country at large.”

Novo Nordisk has partnered with various state governments and government institutions to increase awareness and educate people about diabetes and need for early detection.