A similar picture is emerging with the Nationwide building society survey. While U.K. home prices have increased .3 percent in January, the yearly growth rate has actually dropped to 6.8 percent. According to Nationwide, £188,446 was the average January home price. And, Land Registry said the average home price for Wales and England in the month of December was £177,766. 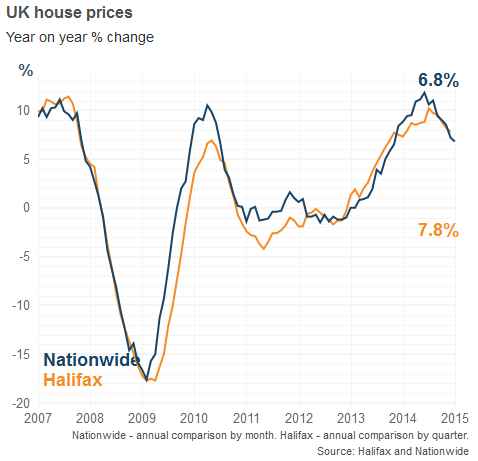 The figures are a testament that the average home prices have hit a plateau since summer.

Nationwide said there’s no clear reason why the housing market activity as slowdown, especially since the economic background has actually improved.

Gardner said the amount of approved mortgages for home buying is roughly 20 percent under the level seen at the start of 2014.

Henry Pryor, property commentator, said this slowdown is expected to last until the general election. He said the effect the stamp duty changes could have is still too soon to determine.

One explanation for the property market cool-down is the spike that occurred during late 2013 and early 2014 due to the temporary stimulation the government initiatives caused (Help to Buy and Funding for Lending Scheme).

Some of the demand is the result of 2008 banking crisis, which is now somewhat exhausted.

The price increase for homes in the last several years have caused many would-be buyers to be unable to purchase a home.

Gardner said he was optimistic sales would start picking up again. He said if the economy continues its improvement like expected, the housing market activity will be set to gain its pace. Gardner said England saw an eight percent increase during 2014’s third quarter.