London is poised on building a new major memorial in honour of the millions of Jews murdered during the Holocaust. This was earlier announced by Prime Minister David Cameron.

The multimillion pound tribute which has the backing of all parties will be carried through regardless of who wins the May general election. This has resulted in Britain’s decision to educate their young ones about the most horrible genocide of the 20th century by putting up a digital learning centre.

At the commemoration of the 70th anniversary, after Prince Charles and Camilla had met with survivors of the Holocaust at a poignant service in London, Prince Charles stated that the Holocaust has over the period highlighted some universal lessons since “the Jews in this story represented all of us.” He stated that the tragedy will “help us reflect.” 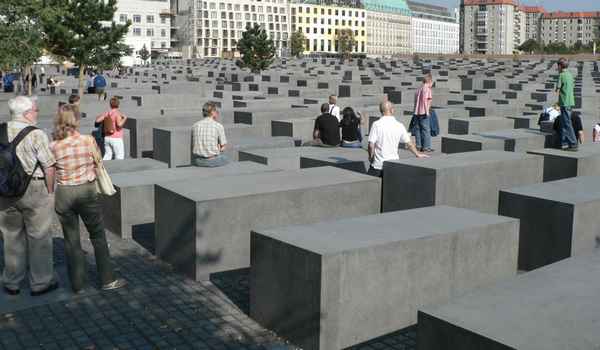 He announced this after the Holocaust commission’s recommendations; this was set up to suggest ways of how individuals affected by the genocide should be remembered by the UK. In Hyde Park is a stone rarely known about which is currently serving as UK’s memorial though the new tribute to replace the current tribute is more glorious and very prominent.

According to Chief Rabbi Ephraim Mirvis, “A fitting memorial and a state of the art educational centre will ensure that Holocaust commemoration and education reach the widest possible audience.” He further emphasized that “it’s only through learning about the darkest period in human history that we can ensure it is not repeated.”

It has spanned a period of 70 years since the soldiers from Russia made an entry to the notorious Nazi German death camp where the Nazis executed over a million Jews. As series of events were held across Europe to commemorate the Memorial Day of the Holocaust, the world leaders pledged to make another generation honour the victims.

“We stand in remembrance of those who were murdered in the darkest hour of human history, we stand in admiration of what our Holocaust survivors have given to our country and we stand in our resolve to fight prejudice and discrimination in all its forms.” This Mr. Cameron stated.

Labour leader Ed Miliband stated, “In the 1940s my parents fled from the Nazis, several of my relatives including my grandfather were killed during the Holocaust.” He emphasized that these plans will “help ensure that the memories of those killed in the Holocaust live on through a powerful memorial and long-term education and research programmes.”

– In an online article on Thursday, January 29, headlined “The Holocaust Memorial – A Memorial In Britain In Remembrance Of The Millions Of Jews Murdered”, we referred to Auschwitz-Birkenau as a “Polish death camp”. We should have referred to a “Nazi German death camp”, and have amended the article to reflect this. We apologise for any offence caused.