Research findings from previous study indicate a ‘rebound’ and rise of the earth crust under Iceland due to global warming of the Island’s ice caps. The researchers have indicated how some sites in south-central of Iceland are moving upward at 1.4 inches per year, a speed which surprises the research and depicts future warnings of a possible volcanic reaction.

In order to determine the degree of the fast rate upward movement of the earth crust under Iceland, the team decided to fasten a network of 62 global positioning satellite to rocks throughout Island. 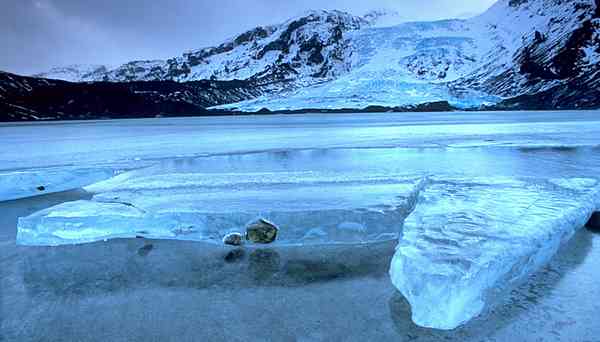 Through a yearly tracking of the position of GPS receivers, the scientists are able to watch the rocks’ movement and calculate the distance they have covered. The subsequent outcome of the research was able to proof that the recent upward movement of the earth crust in Iceland was due basically to the thinning of glaciers and to global warming.

“What we’re observing is a climatically induced change in the Earth’s surface.” Bennett said.

The article ‘Climate driven vertical acceleration of Icelandic crust measured by CGPS geodesy’ by Compton, Bennett and their co-author Sigrun Hreinsdóttir of GNS Science in Avalon, New Zealand, was accepted for publication Jan. 14, 2015, and is soon to be published online. It was heavily funded by the National Science Foundation and the Icelandic Center for Research.

Researcher Bennett in 2013, notice an accelerated ‘rebounding’ at the central point of the country. This was shown through one of the long running stations. In order to affirm his suspicions the team checked the nearby stations for similar recordings and they all proved positive.

Temperature recordings dating back into the 1800s in Iceland showed some increasing temperatures since 1980.

Compton tested using mathematical models, the idea of whether a yearly loss of the same amount of ice could cause a fast acceleration in uplift. The answer to this idea proved negative indicating that glaciers needed to melt very fast every year to be cause an increased uplifting in the earth crust. Compton deduced from her test that the onset of high temperatures and the loss of ice corresponded tightly with her estimates of an upward movement of the earth crust.“I was surprised how well everything lined up,” she said.