World
Things that Saudi women are prohibited to do

A new law which demands men’s only Olympics is the recent stumbling block served to the women’s right in Saudi Arabia, a very conservative Muslim kingdom. Saudi Arabia earlier proposed to host its Olympic games without women so as to avoid any conservative opposition to women in sports. 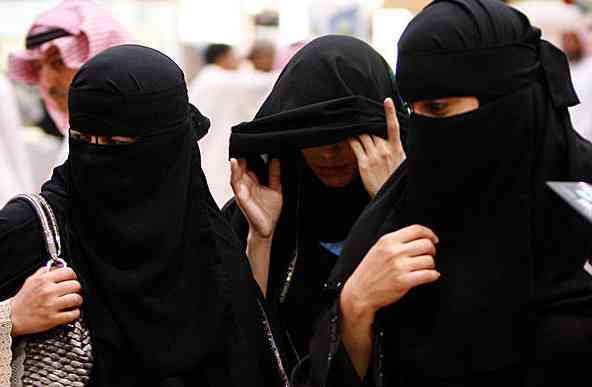 During their first appearance at the Olympic Games competition, the Saudi women athletes who represented their country were branded as whores. Though they were allowed to compete in the games, a male guardian from their country was asked to be in their company to serve as an escort. All the female athletes were obliged to wear a “Sharia-compliant” sports kit that covered their hair.

Below is the list of some of the things considered on the part of women in Saudi Arabia as being offensive:

Women in this kingdom as alleged are to be in the company of a ‘mahram’ who is often a male relative. This they deemed a high esteem to prevent their women being susceptible to sin while moving about alone. The Guardian reported.

Based on strong religious beliefs, clerics in the Saudi kingdom have argued that women drivers undermine social values and thus prohibit them from doing so .There is absolutely no official law that bans women in this conservative kingdom from driving.

The Washington post writes that Saudi Arabia and the Vatican City are the only two places in the world where women lack the right to vote. A royal decree however, is set to allow women to have a voting right to vote in the upcoming 2015 elections.

Arlene Getz who is a correspondent of Reuters describes her experience at the gym and pool side at Riyadh hotel: “As a woman, I wasn’t allowed to look at the men. One of the hotel attendants in horror told me that there are men in swimsuits there — let alone use them.”

“The mere thought of a disrobed woman behind a dressing-room door is apparently too much for men to handle,” says Vanity Fair writer Maureen Dowd.