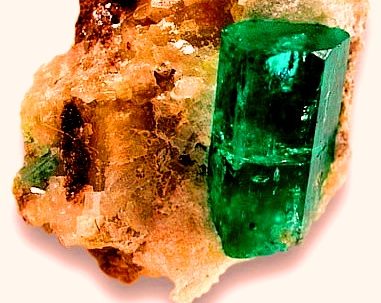 The Panjshir Valley, located north of Afghanistan’s capital Kabul, is an area rich with more than 172 emerald mines. Known as Panjshir emeralds, the gems boast a unique bluish-green color that make them among the country’s most-iconic treasures.

Entrepreneur Habib Mohebi grew up in Kabul hearing about the emerald mines from friends local to that area. Years later, that knowledge would reconnect him to his homeland in a distinctive way.

Mohebi is the co-founder of Aria Gems, a company that mines and exports Panjshir emeralds. While its mining operations are in Afghanistan, the business is headquartered in New York, and its gem processing and cutting center in Fargo, N.D. There, the rough emeralds are turned into polished stones.

Since it launched in 2013, Aria Gems has become one of the largest suppliers of legally-mined Panjshir emeralds, having shipped more than 30,000 Carats of the stone. It also owns three underground mines and four acres of surface area emerald deposits in Panjshir Valley.

The company continues to have ambitious plans for its gems business. By making the illegal gems trade in Afghanistan legal, Aria Gems wants to create more jobs in the country and generate more income.