The mangled fifty – eight passenger aircraft was salvaged by a crane after it crashed into the Taipei’s Keelung River killing 31 people. 15 survivors were rescued from the damaged craft with the remaining 12 reported missing.

Television footages showed rescuers pulling out survivors and bringing them to safety. One of the footages showed a toddler who survived the crash and was brought to safety out of the wrecked plane.

The craft was tolled out of the river to the river bank by a crane as night fell. With the rescue team still at work, searching the flight and the river for the 12 missing passengers, death toll is expected to rise. 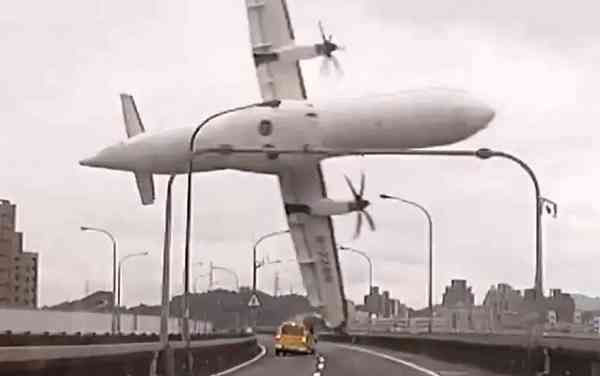 The ATR-72 turbo-prop aircraft had taken off not so long from Taipei Songshan Airport to Kinmen islands.

The second in a row to have crashed in seven months after the first crash in July which claimed 48 lives and injured 15 others.

Statistics from safety analysts Ascend indicated that 2014 happened to be the safest year where only one fatal accident per 2.38 million flights, compared to every 1.91 million flights in 2013 was recorded. This however, does not include the Malaysian air plane shot down in Ukraine since that is recorded as a war loss rather and not an accident.

In presenting to BBC about the crash, an English teacher Jaime Molloy who works close to where the accident occurred said “The most disturbing scenes I saw were the debris, which included carry-on luggage and personal effects, as well as parts of the plane.”

Relatives of all 22 passengers on board have since been contacted with attempt still being made to get to the relatives of the Chinese who were on board. This was revealed by the authorities of TransAsia.

The breakdown statistics given for the 15 injured included: 11 Taiwanese, 3 Chinese and a crew member. It has however, been stated that among the 15 passengers injured, 1 has since been discharged from the hospital.

To properly ascertain the original cause of the accident, the flight data recorders also known as the black boxes have been retrieved for further investigations.