The Chinese multinational company Vivo is all set to launch its new smartphone in India. The company has decided to roll out the new Vivo Y53 in India soon. Let us have a brief about the specs of the smartphone. 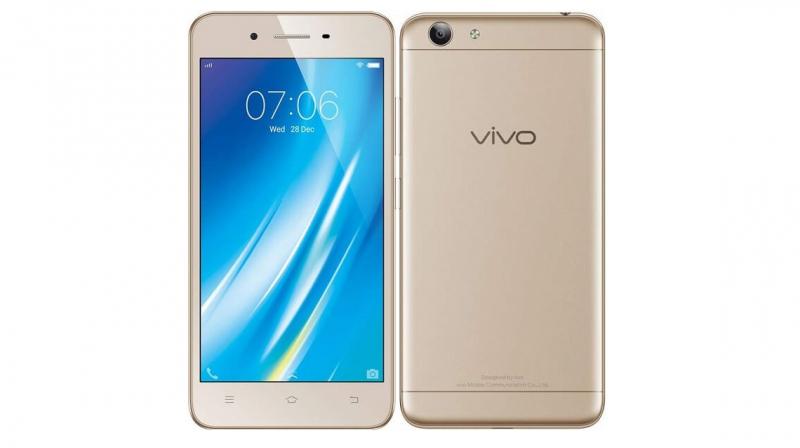 The new Vivo Y53 has the Android 6.0 Marshmallow. This is a bit disappointing since it is the era of Android 7.0 Nougat. Moreover, the phone will have a 5-inch qHD display and a resolution of 540 x 960. Adding to the list of features, the smartphone has a 1.4GHz quad-core Qualcomm Snapdragon 425 SoC processor. The phone also has a 2 GB of RAM and a GPU chip set of Adreno 530. In the imaging duties, the phone has an 8 MP of rear camera with LED flash and a 5 MP front camera for selfies.

The device also has an internal storage of 16 GB. This storage can be expanded up to 256 GB with the help of external MicroSD card. Moving towards the battery, the phone has a 2,500mAh of battery that is capable to give 24 days of standby time and 13 hours of talktime along with 16 hours of music playtime.

The new Vivo Y53 is available in 2 color variants—crown gold and space grey. Last but not the least; let us talk about the price associated with the smartphone. Seeing the features, it is clear that the smartphone falls in the category of budget handset. The new Vivo Y53 has a price tag of Rs 9,990.

Even though the price of the new Vivo Y53 falls under 10K, the specs of the smartphone are not worth the money spending. The low power of camera, the low storage space, and lack of the latest version of the Android will hamper the sale of the smartphone for sure.