The price of crude oil continued to decline under pressure in line with the decision of OPEC to keep production at 30 million barrels a day. According to Minister of Petroleum of Iran, it will be able to double its production from the current 3 million barrels in the next five years. In future, the energy traders will be focused precisely on Iran’s oil exports. By the end of this month should be completed agreement on its nuclear program and thereby reduce sanctions. Increasing exports will have a negative impact on prices.

US government report on inventories the previous week could show the forecasts growth of 1.8 million barrels. Concerns about excessive domestic production despite the declining number of oil wells has limited the growth of this energy the last few weeks. According to the Baker Hughes, the number of oil wells during the last week fell by a further 4 to 631. This is 28th week in a row where the number of wells decreases. However, the level of production was held about 9.6 million barrels a day which is the highest level since the early 70s of the last century.

The price of crude oil fell to a weekly minimum. Dollar continued to strengthen under the influence of strong performance of the American economy. This week’s reports on crude oil inventories showed a decline. But government report showed the next fall in oil inventories. Separate reports also showed unexpected growth in gasoline inventories indicating a possible drop in demand for crude oil in the future. 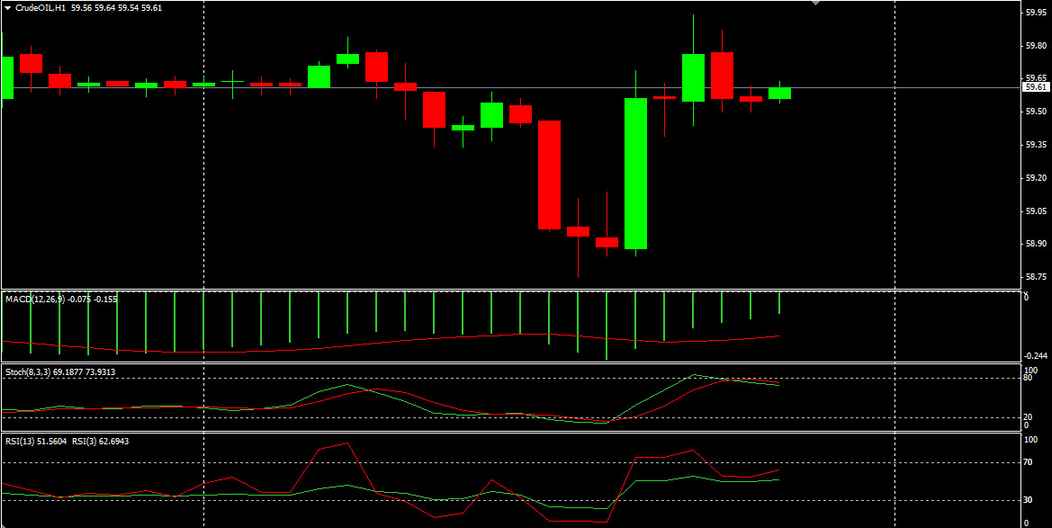 The trend line is bearish and calls for further downside with targets 58.3 and 57.5 in extension.

Technical indicators are showed selling positions on crude oil. On Monday the price will fall again. It is expected to drop to the next level of support $58.30 per barrel.