After the launch of the gigabit phone at MWC, ZTE is back with another new smartphone. The company recently launched the ZTE V8 Mini at the MWC 2017. The company is currently in limelight for launching the first 5G phone at MWC 2017. Well, taking advantage of this situation, the company launched its ZTE V8 Mini. Have a glance at the spec of the device. 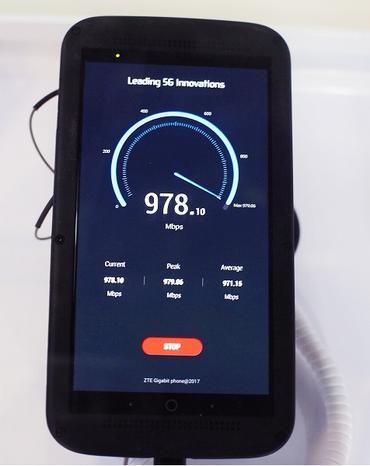 The ZTE V8 Mini has the latest Android 7.0 Nougat update. This indicates that the smartphone will already have the latest features preloaded in it. There is no need of externally upgrading the OS of the smartphone. Moreover, the phone has a 5-inch IPS LCD display with full-HD screen and a resolution of 720 x 1280.

Adding to the list of features, the smartphone has a Qualcomm MSM8940 Snapdragon 435 processor. The phone also has a 2 GB of RAM and a GPU chip set of Adreno 505. In the imaging duties, the phone has a 13 MP + 2 MP of dual rear cameras with autofocus and LED flash and a 5 MP front camera with LED flash.

The device also has an internal storage of 16 GB. This storage can be expanded up to 256 GB with the help of external MicroSD card. Moving towards the battery, the phone has a 2,800mAh of battery.